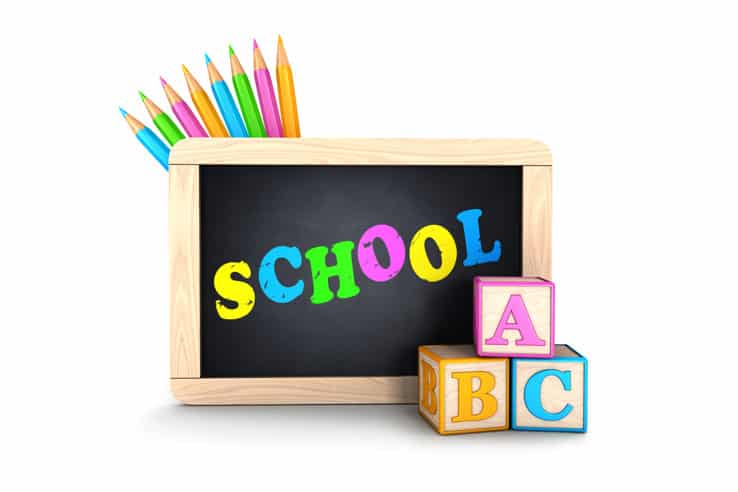 August 24, 2018 12:00 am Published by TransCultural Group Leave your thoughts

Contrary to popular belief, school does in fact rock, and it is everything else besides the actual learning that makes it so. Having lived in three different cities and studied in four different schools, I can say with sufficient certainty that each experience is an adventure of its own – even schools within the same country are so varied that it is impossible to have the same experience twice. I studied in Raffles Girls’ Primary School, a local Singapore school, for most of my primary school education, with a year at Bluebells International School in Delhi. I then spent grades five, six and seven at NPS International, and eighth grade in Bombay. After that, I re-joined NPS International in Singapore, and am presently in the twelfth grade. This rollercoaster of an educational has taught me so much more about people than my schoolbooks ever could.

The first grade is a bit of a blur as I only vaguely remember my two schools. Raffles primary was a girl’s school, and let me tell you that girls can be as “bad” as boys. We’re just as noisy, sometimes even more so, and when you put a few hundred girls together every single day, there is bound to be some drama. There was also the system of having morning school and afternoon school for the first few years – since there were so many of us, we were split into two batches. This system was gone once I returned, however. The most monumental moment for me was that I learned to pronounce the letter “r” on the very first day of first grade!

Being from an environment as well-managed as Singapore, our move to Delhi was a shock. Although I don’t remember much, I do recall my main mode of transportation to school – an auto rickshaw. My dad found this random man who agreed to take me to school and then drop him to his office every day for a nominal fee, and this in itself was a feat. He didn’t turn up half the time, and would demand more money if we got stuck in a traffic jam. There always used to be something in the auto besides the three of us – sacks he was delivering for someone else, water when it rained, a few cans of petrol – we had to wedge ourselves in between all these things. Getting out of that auto and into school was major relief, and now thinking back on it, it was so hilarious. That’s the only thing I miss from Delhi, that rickety auto.

When we returned to Singapore, I started attending the morning school session, unfortunately, and that meant waking up at 5:30am as the school bus came by six, and school started by seven. It was absolute torture, brushing my hair and bathing and putting on my uniform all while half-awake, but I fondly recall my dad doing my hair each morning. It was terrible, mind you, but it’s so sweet when I think about it now.

We had a huge school canteen, with food ranging from hash browns and mashed potatoes to traditional Singaporean food of chicken rice and noodles. There was this specific noodle dish I had every morning for breakfast. To this day, I don’t know what it was called, but it was absolute bliss. It was this yellow noodle commonly found here, in this brown soup, to describe it simply. You had to eat it with a chilli paste that is almost a staple in Singapore, and I think this was the only reason I got out of bed in the mornings. We had two breaks – one for snacks and the other for lunch. Since this was a local school, majority of the girls were Chinese and Malay, with Indians making up a small portion of the student population. There were only three Indian girls in my class, each one of us small and scared stiff, and it was in this tiny gang of misfits that I found my best friend. We made it through being in the same school but different classes, my change of schools in fifth grade, and even my move to Bombay for a year. It gives me such a rush to introduce her as my best friend of ten years to anyone who asks.

Fifth grade was a scary time, as I changed schools in the middle of the year. It was a brilliant move, however, as I wasn’t coping too well in the local school. We could get into a huge debate here about the pros and cons of the Singapore schooling system, and being a product of it myself, I can tell you that it is not as glorious as it seems; but for what it’s worth, it is pretty good. It taught me discipline from a very young age, and how to be thorough with all my work. I carry these qualities with me even today, and it has helped me a lot.

This change of schools was a big move, mainly because it was my first time in a co-ed school. Well, technically my second, but I somehow disregard the portion of my Delhi school life, mainly due to my lack of memories of it. (Ask me anything else about Delhi and I can tell you clearly, but not school, strangely.) One big relief was that school started much later – nine a.m. – but that meant it ended at half-past three in the afternoon. That took some getting used to at first, but everything else remained the same – the breaks, uniforms, and so on. It was here I discovered that boys are pretty annoying creatures, especially when they are younger, but they were somehow tolerable. There was a boy I met whom I hated with all my life back in fifth grade, but we’re really good friends now and laugh over how stupidly we used to act. I fell in love with my teachers at this school, and realized that not all of them were out to kill us. They inspired me to do better. One of my teachers gave me a poster about learning, which I have tacked to my wall even today. I realized that healthy competition is a very good motivational tool, as I began to score extremely well in my classes, mainly because that boy and I had bets on who would do better. I made friends whom I loved, teachers whom I respected and whom I disliked, and went through classes that were sheer torture, but it was a happy little life … until the next big heart-break came along. My move to Bombay.

This was a huge step for me, as it was a completely new city, new people, with nothing familiar. I could try my best and still not find words to describe this experience. It showed me that students are all the same worldwide – timid and overwhelmed in a new location, pressured to fit in, and the worries we have are the exactly the same as everyone else’s. It taught me who the friends really worth keeping in my life are, and showed me that I wasn’t alone. Life is about moving on from bad experiences and cherishing the good ones, and I learned more about life than I did about school here. I didn’t just become philosophical, of course. I also had fun like never before.

We had an incredibly strict but wacky vice principal (think pink flamingos on flaming orange ties) who used to stand at the foot of the stairs each day, handing out hair ties to girls who came with hair all over their faces in the name of ‘style’. For the first time in my life I didn’t have to carry lunch to school as we were given hot food every day, and this was simply amazing. The only downside was that our class was on the fifth floor, which meant a lot of walking both in the mornings with our heavy schoolbags and after lunch with heavy bellies!

I played a policewoman in our school annual day – I had only two lines, but was pretty memorable, because a parent came up to me afterwards and said I acted really well! He was apparently a famous director or something – my school was, well, a star-studded one. Many celebrities and wealthy people sent their kids there, and this led to exposure of a different kind. Don’t get me wrong, I’m not boasting, but being in such an environment meant that every birthday party happened at a five-star hotel and everyone was competing to own the latest clothes, or phones, or whatever else they could get their hands on. Luckily, my group of friends was much more level-headed and normal like me, so we escaped most of these eccentricities. Not all of these rich kids were like that, though – some of them were actually a few of the nicest people I’d ever met, and it goes to show that looks aren’t everything. This is a lesson which can be applied to the city of Bombay. The shabbiest facades hide the richest homes, and food from the fanciest restaurants cannot compete with food from small shops, but that’s a whole other story all together. Although I missed Singapore and wanted to return, a part of me will always belong to Bombay.

Returning to Singapore was a big change, of course, but I was happy to be back. I excelled at my studies and found great friends. Even though I have some of my best memories in other schools, NPS International will always be my home, as I spent most of my teenage life here. I made friends and lost friends, shone in some exams and nearly failed others, cried tears of unmatched joy and tears of equally unmatched sadness – I had my entire life here. Even though all schools are different, each is unique to the students who studied there. The schooling experiences I’ve had have taught me that it is okay to be frightened about anything, as there will always be someone to help you. It’s okay to stand out and embrace what makes you different – I found my best friend this way. People are the same worldwide, and they certainly don’t cease to amaze. Who knows, that one less mark on a test may push you to do your absolute best, or one short conversation about pineapples can lead you to find your soulmate.