“August is the border between summer and autumn; it is the most beautiful month I know.”

The month of August, with its sunshine, is fit for vacations. Many countries around the globe celebrate their national days this month, starting with Switzerland on the 1st and ending with Malaysia on the 31st. In between, there are Singapore (9th), Pakistan (14th), India (15th), Indonesia (17th) and many more. Almost two billion people, i.e., nearly one in every four on earth, will have their national celebrations.

In terms of religious and cultural observations, there are two major festivals – originating from the eastern and western civilizations. For the Taoists and Buddhists, the 7th lunar month (Ghost Month) starts from 29th July until 26th August this year. If you have followed our newsletters before, you probably know that there are many taboos during the “Ghost” month – e.g., avoiding late-night outings, going for major surgery, swimming, weddings etc. On the 15th lunar day (12th), many believers will celebrate the Ghost Festival, also known as Zhongyuan (中元) or Yulanpen (盂兰盆) festival, with sumptuous food and flowers offerings. On the 15th of August, Catholics and Orthodox Christians will observe an important Marian feast, the Assumption of the Blessed Mary. The feast day marks the belief that Mary was assumed to or ascended into heaven.

Happy celebrations to all our friends celebrating this month. Like its namesake, Augustus, August is filled with activities and is as triumphal as the sun out there (if you live in the northern hemisphere, this mid-summer month may just be a bit too hot this year. We hope our undersea image chosen for this month’s greetings will keep you cool!

May the sparkles from the sun bring you joy, happiness, and laughter! 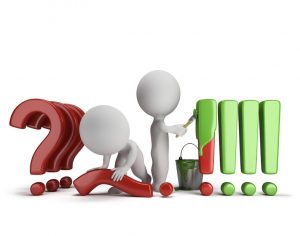 Q1. Do you know that owning only one guinea pig in Switzerland is illegal? Yes -The Animal Protection Ordinance in Switzerland dictates that guinea pigs (and a few other species like parrots) are very sociable animals, so one must have them in a group of at least two.

Q3. For any proclaimed economist, do you know that India has a population that is more than the Western Hemisphere? Yes – According to United Nations, India has the 2nd largest population (1.4B) in the world (after China). In the Western Hemisphere, the most populated country, the U.S.A, has 333M, followed by Brazil with 215M and Mexico with 128M. Germany, the largest country in Europe, only has 84M.

Q5. Finally, do you know that Singapore has its entire National Anthem lyrics printed on its S$1,000 note? Yes – Unfortunately, the S$1,000 note has been discontinued since 2021. So you can’t get it from the bank anymore for your collection. If you have enjoyed those questions, you could click the Youtube links below to find many more fun facts about these countries (Youtube clips credit: Office holidays).

You can use your newfound fun facts for small talk, but perhaps not to debate as an expert. When it comes to claims that involve ownership or any ranking order, people from countries other than the claimant may get very passionate, and a friendly conversation may quickly turn into a heated debate for an already hot summer! The key is to have some fun, chill and enjoy!

“The more I read, the more I acquire, the more certain I am that I know nothing.”