This year, May will start with a historical event – Japan will have a new emperor! With ageing Emperor Akihito stepping down, Crown Prince Naruhito will ascend to the “Chrysanthemum Throne,” the oldest continuing hereditary monarchy in the world on the 1st of the month. The Imperial name for the new era is “Reiwa,” “auspiciousness and harmony.” Click to find out more about Japan’s hopes for the future.

Followed by Ramadan, the Muslim holy month will begin either on the 5th or the 6th of May depending on your location because the new moon is not in the same state, at the same time globally, and the Islamic calendar is a lunar calendar. Click here for some tips to observe the holy month if you are visiting UAE. Let’s get into this fifth month of the year, with fairs and festivals, outdoor activities and picnics taking place all over the world!

Where in the world was the above picture taken? Here is the answer for the April Photo Contest:

The photo was taken in Penang, of “The Blue Mansion” (“Crazy Rich Asian” had a scene shot there). This building is one of the historical sites to visit. It is also now a hotel, you can spend a night as a “guest” if you wish to travel back in time.


and get a feel of the architecture of the bygone times:

Within Indigo Walls by Cheong Fatt Tze – The Blue Mansion

A Journey A Month...
Your Story. Our Story. The Human Story.

Allow me to introduce Paul Fernandez. Like many members at TCG, Paul has had his stint in inter-cultural interactions, by living in different parts of the world and traveling to different countries. Paul will join me and start contributing his thoughts for our newsletter. This month, Paul would like to take the opportunity to share on Diversity: 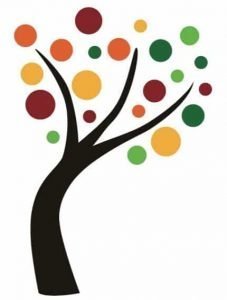 Wouldn’t it be great if we could celebrate World Cultural Diversity Day on 21st May 2019, by waking up to a world free of biases towards each other? This may sound like wishful thinking with United Nations reporting that three-quarters of the world’s major conflicts have a cultural dimension. Therefore, to achieve that vision, we will need to equip ourselves with Cultural Intelligence (CQ), and we will need the support from everyone, governments, leaders, educators and individuals alike.

Developing CQ is an ongoing journey, one of the critical steps is to start with “undoing” our unconscious biases, which we have developed and incorporated into our belief systems as they relate to other cultures. Often times, these are our attitudes nurtured as a result of our ethnicity, religion, gender, age, education, and life experiences, and the actions we take towards others.

One could possibly imagine if the recent New Zealand massacres on 15th March 2019 could be curtailed if the mass killer, a 28-year-old Australian white supremacist had undertaken some inter-cultural training and was coached on managing his self-biases towards people of different faiths. Same for those who have caused the horrific bombings on Easter Day in Sri Lanka, and the latest synagogue shooting in America.

Each of the victims of these terrible happenings was perhaps, a father, mother, son, daughter, brother, sister or friend of another person dear to him or her. Same for each of the killers, there must have had someone close and dear to them, once. In fact, according to news reports, a photo released of the killer in New Zealand as a small-town boy in the arms of his late father showed an angelic lad, who associates said was a likeable and dedicated personal trainer running free athletic programmes for kids. I am sure similar stories of softer sides could have been traced to the others…

Now, only if the killers of these incidents had gone through the thoughtful and revealing exercise of “How much we share in common” with their targeted victims, I wonder if the findings of what they may have shared in common would have helped prevent them from writing those terrible chapters.

Though the current state of the world is somewhat alarming, with rising traits of bigotry, nationalism, xenophobia, etc., we should never give up doing our part if we want to make our world a better place. Not taking actions simply means we condone… To mark your support for the World Cultural Diversity Day, here are five simple things you can do: 1. Listen to music from a different culture: Music transcends boundaries. Break away from your usual artists for a day and listen to music from a different culture. And if you have an instant liking for these artists, include their songs in your favourite song list and share them with others.

2. Learn about stories of other cultures: Expand your knowledge of the world by reading books or stories from other cultures. Traditional folk stories contain underlying universal themes, while at the same time, enables you to understand a different culture better. 3. Share an international dish with a neighbour: Be creative! Try making a dish from another country and share it with your neighbour. You will be surprised by the smiles you might get. 4. Visit a place of worship: Embrace differences, not division. Go beyond merely respecting other religious practices, instead visit a place of worship and discover the traditions, history and rich culture of a religion you are least aware of. 5. Visit an exhibition or a museum showcasing other cultures: Take your children to an exhibition or a museum that presents the rich cultural heritage, treasures, and traditions of a different culture. (e.g., if you are in Singapore, include the Indian, Malay, Chinatown or the Eurasian Heritage Centres in your travel plans.) Embracing the world brings us richness that we can’t have by just dealing in our own… We, at TransCultural Group (TCG), are determined to play our parts in making the world a better place, and we have teamed up with the Cultural Intelligence Centre, U.S.A to bring their well-researched and designed CQ assessment tools to our clients in the Asia Pacific. We are passionate about building bridges and breaking down walls. Please join us in our journey,

We have so much in common, we just don't always notice it...

Spread the words, share the vision, do our parts:

There is more that we share in common than what divides us.

To learn about Cultural snippets and festivals around the world, you can also subscribe to TCG’s Youth’s Cross-Cultural Competency course here: