Ba de ya, dancing in September!

Summer days are over in the Northern hemisphere and temperatures are beginning to dip. The new academic year starts, children head back to school while parents begin to settle down to the humdrum of office life once again. It is “la rentrée”, so say the French.

Now, do you know that September was actually not the ninth, but the seventh month of the original Roman calendar? If you speak French, you might have already guessed it because the word “Sept” means “seven”, from the Latin word “septem”. Only after January and February were added, September became the ninth month as we know it today on our modern-day 12-months Gregorian calendar!

This month, while the Germans will kick-start their Oktoberfest in Munich on the third Saturday (22nd), those with Chinese heritage will celebrate the Mid-Autumn (also known as Moon Cake) festival on the 24th (it is the 15th day of the 8th month on the Chinese lunar calendar)! With the European Day of Languages on the 26th and World Tourism Day on the 27th, there is surely much to celebrate for diversity of our world this month! By the way, do you know that there are about 225 indigenous languages in Europe?

To start the ball rolling, let’s have some fun with our photo contest: The photo was taken in Munich, the Bavarian capital. Germany. The landmark is part of the Nymphenburg Palace, the favourite summer residence of the Bavarian ruling family.

The Germans love Munich! So, one should certainly try to include the city on the itinerary when visiting Germany.

Click the links below to find out more about the Nymphenburg Palace and Munich:
http://www.schloss-nymphenburg.de/englisch/palace/index.html

How much smaller our world has become! Thanks to technology and the new age of transportation and digital world, we now can sit on one end of the world and at the same time stay in touch easily with family and friends on the other end.

Indeed, one cannot deny that the advent of social media like Facebook, LinkedIn and instant messaging services like Skype, Twitter, WhatsApp, and WeChat have given us the access to the world. The only thing left for us to manage is the difference between time zones! 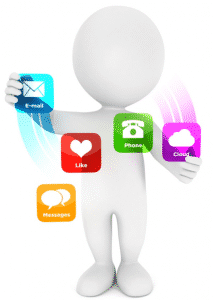 Today, almost everything is at our fingertips. All we have to do is to reach out, keep our minds open and to accept opportunities and challenges as we connect beyond graphical boundaries. Of course, just like how all human relationships are unique, a virtual connection or friendship too is different from one where we are able to meet with the other person on a regular basis. On the one hand, we might miss the face-to-face connections, on the other hand, the pressure to have to “meet-up” in person is relieved. Surprisingly, despite the absence of physical meets, this type of virtual friendships may sometimes become one of the most comforting and supportive ones for some.

Another area where the digital age is definitely having an impact is on how modern-day businesses operate. Digital innovations in computing and telecommunication have helped remove some of the barriers imposed by physical distance on teams. To access greater talent pools, many companies have allowed their employees to work remotely, and virtual teams have now become a norm. Not only the arrangement helps companies optimise their operating costs without compromising team quality, but working remotely also helps free up commuting time for the employees. Even when one commutes, most modern-day transportations, such as trains and even planes now offer WiFi access on board – meaning that one can virtually do work and connect from anywhere in, or above, the world. As the world “shrinks” at such a rapid pace, there’s all the more need for us to learn how we can co-exist with the others. The fact of being a human is essentially our ability to connect with another human. Losing this faculty will only make us no different from a robot or a “digital bot”, and soon Artificial Intelligence and the Digital World shall outpace many of us. Hence, let’s not loose sights to norms and values that are intrinsic to our fellow beings. Let’s not let technology making us complacent about being human!

On the note of virtual team and friendships, please allow me to take this opportunity to introduce Monica Devi Lim (or MD as she is known). MD has just joined TCG’s Editorial Board. Hailing from Singapore, she started her career in the television industry and then moved on to aviation as she settled in Europe. She speaks several languages, has worked across the world and is now living between Belgium and Spain with her Danish husband. Starting next month, we shall learn about her exciting “cross-cultural” stories. Meanwhile, please join me to give MD a big welcome! Wishing you a wonderful September!