In most part of Northern Hemisphere, March is the start of spring, while those living in the Southern Hemisphere, it is the beginning of autumn. The french call spring “printemps” (from Latin “prīmum tempus” meaning “first time or first season”).

Many of you may know that March is named after “Mars” the Roman “God of War”, but lesser known is Mars, indeed was also the guardian of agriculture, linking it to the beginning of the farming season in spring.

In North America, Europe, Middle East and South America, many will have to change their clock on this 11th, day-light saving day, while others will celebrate festivals according to their cultural-roots. In India, many will celebrate Holi, the ancient Hindu “Festival of Colours” (12th), while the Irish around the world will celebrate St Patrick’s day (17th)…but, did you know on the 31st, in the city of light, people will celebrate the “Eiffel Tower Day”? (it is to mark the tower’s completion on that day in 1889!)

Now, let’s have fun with this month’s photo contest: Result of our Feb’s photo contest:

The photo was taken in Beijing, CHINA. If you have seen these “Guardian Lions” in temples, stately homes or prominent buildings, did you know which is the male and which is the female lion? (tip: check out the item beneath their foot, a ball indicates it’s male (playfulness), and a cub indicates it’s female (motherly)…)

Want to know what Harry Potter might learn about the Chinese version of the “Fantastic Beasts” ? In the month of March, the world will observe the Vernal (March) Equinox on 20th/21st (depending where you are). This is the day when the sun will stand directly above the equator, and as its name may suggest, it is the day when night and day are of approximately equal length (equinox = equal night in Latin).

On this day, if you are in England – you might want to visit Stonehenge, the pre-historic monument in Wiltshire to see the rising sun between the two stones. If you are in South America, do not miss the chance to visit Chichen Itza, the great Mayan pyramid to see Kukulcan, the blazing serpent descending on its edge in Mexico.

I was there many years ago, and today, I can still recall how I felt – it was like being transported back to those ancient times when humans built these great monuments to mark the passing of seasons. As I was writing this, the many books of Graham Hancock, a British writer and reporter, came to my mind. While he was working for The Economist, he stumbled on an ancient Ethiopian practice that still take place today, he then started his quests on ancient civilisations, travelled around the world to trace ancient stone monuments, myths and mapped them to astronomical data during those historic periods when they were built. His findings led to a theory that there may have been a global connection with a “mother culture” that gave birth to all ancient historical civilisations.

I was intrigued by his thoughts, and while visiting Chichen Itza, it daunted on me that Kukulcan, the Mayan’s blazing serpent seemed to remind me of the myths of Chinese dragon, and some of the patterns carved on the Mayan pyramid seemed to resemble those patterns on Chinese ancient bronze carvings. The number “9” also had a significance on the building of the Mayan ancient pyramids, just like the Chinese pagodas…I was amazed that despite being two completely unrelated civilisations, and such a distance apart, there were still so many similarities.

For those of you who may be an arm-chair archeology buff like me, you might enjoy this very interesting quest of Graham Hancock: https://www.youtube.com/watch?v=-vVgeA4-AvI. It may be an interesting discovery this spring…

“After all, our ancestors may have shared more things than we ever have expected…” 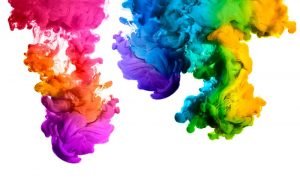 If you want to learn more about the Holi, the “Festival of Colours”, you can check here: https://www.youtube.com/watch?v=AbFIkJ8KFZ8.

To learn about other festivals around the world, you can also subscribe to TCG’s Youth’s Cross Cultural Competency course. https://www.transculturalgroup.com/youth-young-adults-pricing/

If you are in the Northern Hemisphere, enjoy the start of “printemps”!

If you are in the Southern Hemisphere, watch the beauty of fall season…

If you are neither nor, know that you are very special because the Sun will be right above you on the Equinox day!

Have a Wonderful March!