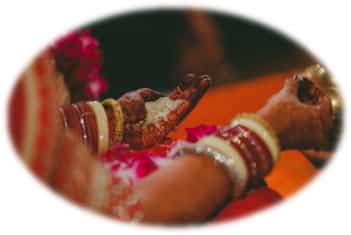 Whirlwind of a happy celebration…

Our wedding took place over the course of two days in December 2014. Guests flew in from all over the world to the charming city of Jodhpur in India – also known as the “Blue City”. The city is called as such because, if you walk over to the highest point in Jodhpur, at the top of Mehrangarh Fort, and look down from here, there will be a sea of blue houses as far as the eye can go. The name Jodhpur is also synonymous with “Jodhpur” pants, primarily worn during horse-riding, an activity that is popular amongst Royal families.

The weather in December was just perfect. For more than half of the year, Jodhpur is unbearably hot, given its location in the Thar desert. As a kid, I would visit my grandparents in Jodhpur during the summer holidays for 2 months; my cousins and I would sit in front of the “air coolers” and enjoy Alphonso mangoes (Alphonso mangoes are known as the “King of Mangoes” in India, and have a unique flavour that is loved by many Indians). The only time we would go out was after sunset, and even then, only to places that had air-conditioning. In December however, the city is transformed. Wedding season is in the air!

A North-Indian wedding can last anywhere between 2 to 4 days. Over those days, a multitude of functions are held leading up to the actual wedding. The pre-wedding functions, where only close family and friends are invited, started with the traditional haldi pithi ceremony. As is the norm, I was dressed in an orange sari for this ceremony. Haldi or Turmeric was mixed with sandalwood powder, rose water and other ingredients to form a paste. Aunts, uncles, grandparents and other relatives dipped their hands into this paste, and applied it over my face, hands and legs. My cousin decided it was a good idea to wash my head with this paste, and rub some on my face. Of course, I had no choice but to oblige ! At the same time, my grandmother, and her sister-in-laws sang traditional songs during the function, to pray for our health and happiness. After the function, food was served and all the relatives gathered together to eat at our home.

The next day, all the guests and relatives moved to the hotel where the main wedding functions were to take place. On the first day, there was the Mehendi function. During this ceremony, henna, which is a paste made out of natural leaves was applied on the hands of female guests who attended the wedding. Folk songs were played, and many of the guests took the opportunity to shake a leg. Being a little shy and introverted, I had to be coaxed by my very-determined brother and cousins into dancing. Almost immediately after the Mehendi function, I was ushered into my room to get ready for the next function. Strange right? Well, in case you ever happen to be a bride or groom at an Indian wedding, you ought to know that you most likely will not have time to attend to your guests or leisurely sample the various delicacies. You will most certainly spend your time by: getting ready, going out, getting ready again, and then going out again.

After Mehendi, we had a ceremony called Mahira. Mahira is a ceremony in which the parents of the bride distribute gifts to all the relatives. A similar function was also held by my spouse’s family for me. This Godh Bharai ceremony marks the occasion in which the groom’s family formally accept the bride into their family. This was entirely conducted by my mother-in-law and her sister-in-laws; none of the men participated. In this function, I was gifted with makeup, jewellery and clothes and other items.

Sangeet takes place in the evening. At Sangeet, family members perform skits, dance sequences and crack jokes about the groom or bride. Both my spouse and I have two left feet, and were shocked when we were called out to perform on stage. I guess we should have seen it coming ! The centrepiece of the 2-days was the wedding of course. A beautiful canopy made of flowers was set up in the middle of the lawn. Traditionally, the groom comes on a horse, to marry his bride. A procession of revellers, also known as the baraat, sing and dance along the way. Once the baraat arrives, the bride’s mother and other key relatives greet the groom with a Tilak (a Tilak is a long mark applied between the eyebrows, to welcome or honour the person who has arrived).

Once the baraat arrived at the wedding canopy, my brothers escorted me with a phoolon ki chadar. This was a small canopy made up of flowers, held together by my brothers as I walked my way up to the wedding ceremony. A wedding knot was tied to signify the union, and we walked seven times around a small fire, whilst prayers were uttered in Sanskrit. In Hindu weddings, the fire is a very important part of the ceremony, symbolising Agni, or the God of Fire, as a witness to the wedding ritual. After this takes place, it would be the most emotional ceremony of all – Vidaai. Vidaai occasions the moment when the bride leaves her family behind and joins her spouse to mark the start of a new chapter. I still get misty-eyed when I look at the pictures of Vidaai – my tearful parents, grandparents and uncles. Of course this is all a very traditional process, and times have moved on. Although I technically said “bye” to my parents that day, they’re still very much a part of my life now!

So there you have it! The key functions summed up into a few paragraphs. All these vary from region to region. If you attend a South Indian wedding, the functions will be quite different from those I’ve mentioned here. But one thing is for sure: there will be lots of food and lots of music. That is one thing that really unites all of India.